This is not a blog to help you look fabulous for your next upcoming photoshoot. Sorry, hun. This is a blog that could help you if you have struggled or are currently struggling to accept the body you are in. Learning to embrace those bits you cannot force yourself to like, can be tough. Size, weight, height, ethnicity, age, gender- all completely irrelevant. Low self esteem and low body imagine can and will affect everyone at one point or another throughout their lives. You know what else is irrelevant? Whether or not you feel the bits they do not like are on par with your opinion. Someone can tell you you are beautiful twenty times a day, but do you really believe it in your heart? I personally I can’t let myself believe them. Unfortunately, embracing your beauty is down to you. What a drag.

Firstly, why did I book a photoshoot?

People participate in things for different reasons. If anyone cares, here is mine:

It would be safe to say, I am slightly more inclined to be extrovert in personality, but I am not an exhibitionist. For as long as I can remember, I am confident, but I have wasted an unproductive amount of time struggling with my insecurities. The industry in which I work within is very unforgiving to the insecure. Once I have seen something in myself I would consider a ‘flaw’ it would become an obsessive impulse to dwell on it. If someone was to mention something I was already worried about, it would then develop into an insecurity. And the insecurity would not pass, it would simply solidify over timef, giving me an array of strange complexes, most of which were caused by passing hollow comments from other people. I cannot blame the media for this one, I am my most unfair critique, whilst allowing others to also impact on how I feel about myself. My smile has always bothered me the most. Imagine that, the thing that displays happiness and joy, being the very thing you want to hide. One of life’s cruelest insecurities.

My confidence within myself has always wavered.

I have spent the last couple of months (post pandemic apocalypse) rebuilding consistency in my life, including consistent positive beliefs in myself. It’s been a journey. In order to move forward, I have pushed myself in every aspect: physically, mentally and emotionally. This, by all means, has not been easy; there have been times I have wondered if it’s worth it for the sake of ‘progress’ when the very definition of the word feels an untouchable distance away. Undoubtedly it has. It takes time, it takes consistency, the latter of which I am trying ‘balls-to-the-wall’ to build for myself.

So why the shoot? In all honesty, I wanted to participate in a photoshoot for a number of years. I inquired around a few years ago, only for it not to lead much further. And for that I am grateful, as this time round I found a photographer’s work I genuinely adore. But we’ll get to that. I wanted a fitness based shoot, one that both complimented my body as well as going nicely with my work. I wanted to look at pictures and not recoil at them, to be able to look at myself and think I actually I am pretty and I do not deserve to feel anything less. I felt ready to take the plunge. So here I am, newly 30, forcibly slamming into the next chapter of my life, with plans, milestones and ready to leave the old chapter of my life behind. I am ready to leave the insecure girl behind. 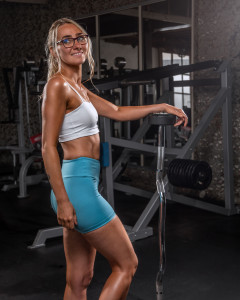 Where did I find my photographer?

Google. Yes, Google. I typed ‘fitness photographer’ and after looking at a couple of websites I found Mak Freeman’s. What can I say, he was relatively new, but I liked his work. He looked like he primarily dealt with body builders (who were in great shape), but I didn’t let that put me off. It wasn’t supposed to be about looking my best, it was meant to be about embracing all of me as it is now. I sent a message on Instagram after looking him up, enquiring. He got back to me within 24 hours and within 48 hours, we’d had a phone conversation and I was booked in. If you want someone decent, be prepared to travel. The chances of a good fitness photographer living in the next town along from you, are minimal. He was based in London and Bristol but we managed to arrange a location a bit more convenient for me.

You get what you pay for. His prices were on his website, so there was no way he could try to squeeze more money from me. Open and set pricing should be something to look for in any service. It’s way too easy to be fleeced from your hard earned money by someone telling you they are doing you a deal. 99% of the time, they’re not. With that being said, I did choke on my tea when we went through the pricing. I had to weigh up expense and reward.

How much time did I give myself?

I moved my shoot forward from the end of September to the end of August, due to uncertainty in the Government’s constant U-Turning in rules and lockdowns. I did not want to train hard and mentally prepare, for it to be cancelled. So I moved it slightly forward, giving myself 3 months to prepare.

Mak sent me a prep book for a photoshoot. After flicking through it, I quickly realised I wasn’t remotely interested. I didn’t want to change the body I was in, I wanted to celebrate it.

There is no quicker way to lose my attention than telling me to ‘cut below 20% body fat if possible’.

So how did I prepare?

Not well enough in my opinion, but the best I could do at the time. 5 things I did in preparation:

Note* I had a small meal on the morning of the shoot, which barely touched the sides, to avoid bloating. I ended up eating half a cinnamon roll on the boat there just to cure the hunger cramps. Take from that what you want to make your own conclusions. I was also drinking about 3 litres of water a day up until the day of the shoot, although I know body builders can drink anything up to around 9 litres to keep the muscles fuller in look, amongst a host of other reasons.

The shoot itself was in Studio1 gym in Aldershot. The environment was comfortable for me, but I could completely understand why some would struggle. It was open to it’s members and being used at the time of the shoot. However, I felt at ease in knowing nobody actually cares about what you are up to. They must be either really used to it, or completely absorbed in their own self development (imagine that) because nobody batted an eye.

Even though I was comfortable, I felt awkward in my own skin. I felt unsexy, uncoordinated and struggled to follow his instructions into the poses. After 3.5 hours my concentration was wrecked and I called it a day. Immediately after the shoot I felt so deflated I could barely look through the pictures he had just taken.

During the entire shoot, the photographer made me feel comfortable and in no way did I feel vulnerable. This is important, as feeling uncomfortable can often be accompanied with fragility and vulnerability. I had a habit of treating them the same, when in fact they are very different emotions. He worked around my awkward personality and made alterations in poses around my personal preference. He was professional and shot the pictures from a comfortable distance.

Overall, the shoot went smoothly and my confidence in myself was the only thing that let it down.

Within a few days he sent the pictures through- over 150- and it took a painstaking amount of time to pick the photos I preferred. All the photos looked similar but a little different so I chose family members to help, as they are the ones who have watched me develop my whole life. I wanted honest opinions of those who had always been there for me. Overall, we picked 25 photos. They were edited and sent back to me in 7 days. In all honesty, I much prefer the raw authentic shots.

I was in shock when I received the photos. To my surprise, I liked them. I looked at them and wasn’t overridden with disgust or overly focused on something I’d previously been really conscious about. I looked at them and felt happy that the extra hard work was worth it and pushing myself out of comfort zone had been equally worth it. A reaction I was not expecting.

A number of those 25 photos will always remain ‘mine’, a small collection of images that represent a part of my life that makes no sense but every sense. This photoshoot may never have been about the pictures after all.

Take from this blog what you want, something or nothing at all. This whole experience taught me that unfortunately I cannot yet embrace my flaws. They are there to stay. I can however plough right over the top of them with hard work, rendering them completely irrelevant. Life is literally too short to dwell on such irrelevant things- blink and it’s gone. As long as I know I am working as hard as I can, being as kind to myself as I can and being as kind to others as I can, what else particularly matters? I found out, the work I was putting in to the shoot was keeping me above water more than the shoot itself. I also found out, I am capable of doing things I would never have dreamed of doing. And my smile? I mainly only ended up picking the photos in which I was smiling the most. Maybe it’s grown on me. 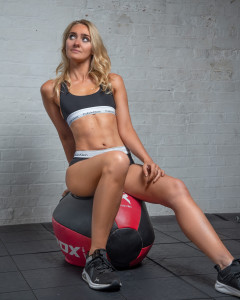