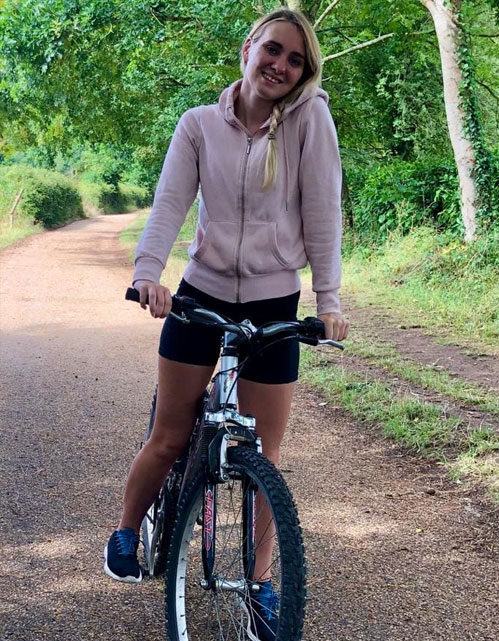 So, the gyms are reopening, which means inevitably there will be people contemplating joining for the first time. Gym anxiety can be a massive deterrent to those wanting to get started. Let’s face it, gyms are not the most comfortable environment for most and anyone walking into a gym for the first time with no fear, I absolutely applaud you. The first day I started at a gym, I got my head stuck in my jumper for longer than an okay amount of time and I never wanted to go back again. I did, obviously.

Starting out can be so confusing too. Like, all these machine names, exercise names, instructors names, people telling you what you should and shouldn’t be doing. Don’t even get me started on the thousands of Instagram workouts you might have thought looked cool, but now you’re doing them, they suddenly don’t feel cool anymore. It can be overwhelming.

Most new members that sign up to a gym, stop their membership within the first 3 months. This is mainly due to the fact it can be so overwhelming, new members end up just end up bobbling about, sticking to things they only feel comfortable doing. With no progress after the first few weeks they start to skip days, still no progress is made and then they think, what am I even paying this membership for? I’ve been there.

I made a tonne of mistakes at the beginning. And of course I did not know they were mistakes at the time. Why would I know any better, I wasn’t qualified, I copied others and I thought the things I was doing made sense. Even other fitness professionals gave me poor advice. Maybe not intentionally, but you have to remember, everyone is a ‘guru’ now. I’d like to think these mistakes are common, but some may be individual to me. So there’s my top 10 mistakes I made, why I now know they were actually mistakes and how to avoid them.

2. I BELIEVED WEIGHT TRAINING WOULD MAKE ME LOOK LIKE A MAN. For the love of God, please believe, looking remotely ‘bulky’ does not happen by accident. I tried. I really tried to look as much as a ‘shit house’ as I could. I barely put on 2 kilos of muscle. As a female, it is literally evolutionary harder to put on muscle mass, especially in your upper body. It does not happen in a month, doing three full body workouts a week and eating whatever I considered to be ‘healthy-ish’. It takes years of dedicated and intense training, of on-point nutrition and lots of personal sacrifices to even look remotely muscular for both men and women. Whether you like the look or not, it won’t happen to you unless you REALLY want it to, or have the genetics of a God.

3. FORM? WHAT’S THAT? When I did eventually brave the resistance exercises, I will hand on heart say, I did not know what I was doing in the slightest. My technique was awful. And I can’t even blame myself for this one. I was shown how to use something once, with pretty standard teaching points and the rest I watched on YouTube videos. I did not have anybody ever check my technique and not once was I approached for correction. I didn’t even know it was a big deal. I can tell you, form is SO important to avoid injury or problems in the future. Correct form is also the only way to get the maximum effect from an exercise. If in doubt, always ask an instructor to show you, whether you feel comfortable or not. You will feel awkward for 5 minutes, but you could save one of your joints forever. I went to the gym because I thought I was doing a good thing, but I dread to think what damage I may have caused myself in the long run. QUICK TIP: Spine should be neutral for most exercises. Think joint alignment, hips in line with knees, elbows in line with wrists ect.

4. I ATE A TONNE OF CRAP. I did not know the importance of nutrition. I did not understand nutritional value. I did not care. But, I made absolutely no progress. The basics I understood were, eat 5 fruit and veg a day, humans should eat fish once a week or something and drink 1.5 liters of water. That was my vast knowledge of nutrition. I mean, I wasn’t entirely wrong, I just did not understand the importance of diet. Even the word diet, I assumed it just meant starving oneself. Now I know, protein intake is important for cell reproduction and repair. You can’t get stronger and grow without cell repair. Cells are constantly replacing and repairing themselves, gym or no gym, so make sure protein intake is a valued part of your diet. And before anything is mentioned, I’m not saying protein has to come from meat. Carbohydrates are used primarily for energy. You can’t have a good workout without energy. Seems bizarre to me that carbohydrate is the first food group to get the chop when dieting. They’re delicious and you can’t make mega gains without a good stable energy source. And fats, why do fats get such a hard wrap? Female hormone production takes place using fat cells. Fat is a great energy source and like it or not, we need insulation. Nuts, seeds, chocolate, fish, all contain different levels and types of fat, no fat is terrible but more natural sources of fat are desirable. And that 5 fruit and veg a day, recently learned it should be more like 7-11. But hey, we aren’t ready to be talking about that.

5. I DIDN’T THINK SLEEP MATTERED. Lights out at 1am, up at 6am, at the gym by 7am. 5 hours sleep was a decent amount, anything more than that was nearly unachievable. Why? Because I wasted at least 2 hours every night scrolling through social media, watching TV and drinking tea until I physically couldn’t catch an early night. Was I tired during the day? Mostly but I was functioning. Did I have shit workouts? Well, I didn’t notice until I was having good ones. A good 7-9 hours of sleep is recommended every night. It helps with weight management, mood, hormone production, body repair and prevents a lot of ailments in the future. At the time, I would laugh this out the room. Who even has time to get that much sleep? Well, I definitely did, if I cut out the crap. I would have been much more productive and progressed so much more if I did.

6. I DID NOT FOLLOW A ROUTINE OR PROGRAMME. I just came in, performed to my perceived exhaustion rate, decided that I’d probably done enough and went home. There was no structure, no progression, no enjoyment really. I only felt comfortable doing what I was already doing (which was mainly cardio) and I bounced from one thing to another. When I did finally get an instructor to do a programme for me, I realized it was a generic programme given to everyone, it was given to me once and I did that same workout for a good 3-6 months with the same exercises, same weights, same repetitions and same sets. And I wondered why I looked no different? Change cannot happen if everything stays the same. It really is that simple. Quick tip: if you are unsure about whether you are ready to increase a weight, use the two for two rule. If you can do two more repetitions of the current weight you are using, for two sets you are currently doing, you will probably be able to increase the weight. 2 for 2.

7. I WATCHED WHAT OTHER PEOPLE DID. No. Just no. This is the biggest mistake I made. I copied others so I could look like them. I copied the exercises, the technique, the reps… everything. I copied workouts from Pintrest, Facebook, Insta, YouTube and much worse than that, I copied OTHER MEMBERS. I thought everyone knew more than me. Other members would literally come up and give me advice I now know was completely wrong. And it wasn’t their fault, they probably copied it from some other guy, who got told about it from some other guy. The truth is, as much as other people look like they know what they’re doing, they probably have no more knowledge than the first day they started. But they did what I did, they mimicked. Blind leading the blind, you might say.

8. I JOINED A CRAPPY GYM FOR ME. I thought a gym was a gym. It wasn’t too expensive, I got lots of other benefits, I could swim and do classes and my friends were already members. Why would I want to join another gym? Some of the instructors were good, some were bad, the facilities themselves were always clean and well managed. For some people this was a good gym. It had everything they wanted and needed and that was enough. But, for me personally, it wasn’t until I switched training environments that I noticed the difference. It had equipment I was interested in, other members that were genuinely supportive and helpful, it felt less restrictive and I just felt more comfortable. The enjoyment I received from my workouts rocketed and I finally saw myself progress. This taught me to look around for an environment that suited me better. I needed to be around people miles better than me, in order for me to grow into the environment. At first this felt daunting, but it passes.

9. I SPENT TOO LONG ON MY PHONE. Pretty self explanatory, but I really did use my phone too much inside the gym. I wouldn’t say I was really bad for it, I definitely witnessed people worse than myself, but if I was being honest with myself, I never committed to my workouts 100% because I never allowed myself to be in the zone.

10. I FOCUSED ON THE WRONG THINGS. I joined the gyms for aesthetic reasons. There is nothing wrong with this, everyone wants to look good, but I was sorely disappointed when I didn’t achieve the physique I wanted. Even though attending the gym got me out of bed early and added structure to my day, even though I felt mentally better and even though the weights I used were getting heavier, it was all tainted by the fact I couldn’t get a 6 pack and a peachy ass. I mean, looking back I can completely see why. But it should have been more about how it made me feel, rather than how it made me look. I was blind-sighted. Working out to look good is a motivation sure, but watching myself grow and get stronger is important to me now. There is nothing quite like getting that set of pull-ups in to make you feel like the strongest person on earth. I practiced the wrong exercises too. My focus should have been on compound (exercises that use multiple muscle groups) but looking back I focused too much on isolation exercises. Compound exercises looked far too complicated so I avoided them all together. In actual fact, I should have come to terms with the fact nobody is perfect to start with, it really is about shedding the anxiety to try new things and just practice. I could have practiced at home with nobody watching if I was that worried.

My take home from all this, it’s hard being the new person at the gym. Really hard. Getting things done with the most efficiency first time round is pretty much unheard of. As the gyms reopen, and more people join, remember what it was like to start. Everyone has to start somewhere. Be kind and friendly.